My work unfolds as an assemblage–displayed as a collective of various media that surround the viewer; turning the act of collecting specimens on its head and looking at it from an evocative and open-ended view. Searching for ways to visualize and present ideas of ‘protection’, ‘immortalization’ and ‘embellishment’ in dialogue with those of colonization, taming of the other, ‘wildness’ and violence, the context in which Hal Foster positions an archival impulse may define my present preoccupation best. Constantly referring to compulsion, repetition and the death drive, Foster says ‘Perhaps any archive is founded on disaster or its threat; pledged against a ruin that it cannot forestall’. This in turn raises questions of normalization, hierarchy and even gentrification as the natural repercussion of realty–violence as a way to understand the other, its possible justifications, where they fall short, and if this ‘ruin’ we can archive but not stop, can itself be a means to an end.

As the act of collecting takes the forefront, the work enters the realm of part process, part performance and part installation, each step documenting the previous, but doing so actively so as to add to and remove from it. Even within the media I use–digital and alternative photography, etching, drawing, molds, casts, and mixed media–there is the quality of being able to cut out the noise that surrounds a form and isolate it, linking back to the schizophrenic and the intense feeling of the present (Deleuze and Guattari). The body of works done in Biella, Italy under the project Tame is to establish ties, push the thread of this schizophrenic perception and violence in interactions further.

The right to ‘own’ something that was once not ours has come to be inescapably preceded by the attempt to ‘know’, especially when colonization as a wave is viewed in the South East Asia. In fact, to date, large parts of the archives and database that we have access to about our own country’s resources come from the collections and analyses of the colonizers; collections and documents that were put together with the primary aim as understanding and consequently controlling. In this sense it is impractical to talk of the Indian Subcontinent and its present cultural state without taking the West into account. If realty is opened up to address ownership, we cannot look at what our property is today without going back to the fact that we ourselves were once viewed as realty; a canalized river and its relationship with the barrier itself, for example.

The theory of the ‘Third Space’ which is attributed to Homi K. Bhabha, talks of hybridity as synonymous with normality, stressing on how inherent national identity is often questionable, owing to the waves of foreign rulers and powers. One of the various points of departures from this theory explores the idea of the third space within the construct of what biodiversity is today – an understanding that the point where the manmade and the natural meet is where true biodiversity lies; no longer in the depths of the ocean or in the untouched groves in the Amazon, instead at these points of mutual existence.

This is where the works titled Monuments of Memory come into existence, each systematically documented from canalized rivers across the world, acting as markers of the elusive ‘third space’.

Addressing this violence by being aware of the control I myself impose, but yet guardedly permitting science and myth to guide and point to certain openings, most often my interventions are minimal, allowing the object itself to hold its own ground, creating an archive of not only the forms but of their new-found contexts and narratives.

From old English volumes of The Herbal Historie of Plants to Indian religious texts, African and Celtic myths, catholic votives of Ex Voto, Imperial archives of the Indian Subcontinents flora and fauna and scientific hatcheries, my practice and research both continuedly straddle aesthetics and science. This need for mutual exchange often creates ruptures in scientific fact and introduces what may be called superstitions and fables. Alternative knowledge–myths, origins, obscure traces and perhaps even lose ends are ‘systems’ that are deemed as non-scientific and often left out of its discourse; these alternative systems are of interest to me and often act as points of departure within my process. Such departures come into play in works such as (An)archive and its inherent totemic and fetishizing qualities, Alternative Botanicals and their addressing of what ‘true’ knowledge is and Bred in Captivity.

The project Bred in Captivity was developed specifically in Ireland, after having spent six weeks at a coral hatchery in the countryside. The idea of bred in captivity is itself one of conflicting morals, where though the creature will never know of its true habitat, it will also never have a chance to miss home. The way that cultural rifts, borders and shifts are dynamically altering from one generation to the next today, the chance to see the such an idea in a micro scale gave it an interesting sense of intrigue. Such a scientifically charged space, as a coral hatchery, being seen in line with the vast and untouched landscapes of Ireland, and stories of Druids and Loch Ness around every corner gave an entirely different entry into the relationship of landscape, sea, man and nature. 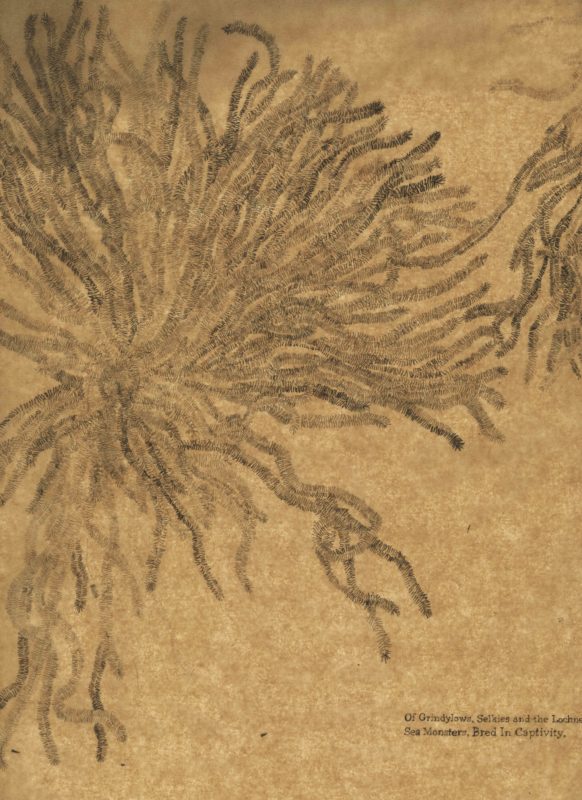 The widespread acceptance of the Anthropocene, and the constant need for humans to now expect the most improbable (and often thought impossible) responses from nature, force me to look at realty as something a lot larger than what it was understood as even a few decades ago. ‘To look into the tiger’s eyes is to recognize a presence of which you are already aware; and in that moment of contact you realize that this presence possesses a similar awareness of you, even though it is not human’ says it best, where what we have deemed as lesser or at least as something we have knowledge and control of, makes us aware of its own cognizance of us.

Tame is to establish ties

Tangentially, violence–and the premise that any interaction we may have with a demarcated ‘other’ (be it hierarchical or otherwise) has an inherent sense of violence attached to it is another aspect I have just touched upon.